Seminar: Visions of the Brain – A tribute to Torsten Wiesel 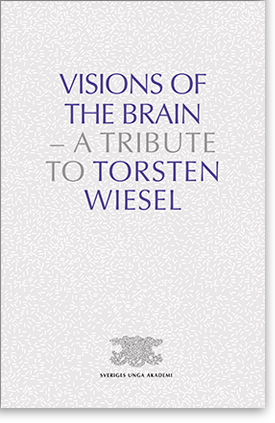 Guest of honor: Torsten Wiesel, Nobel Laureate in Physiology or Medicine 1981 and
Scientific Patron of the Young Academy of Sweden

Members of the fellow young academies of Germany, Israel and the Netherlands also took part in the symposium.

Torsten Wiesel is an outstanding scientist, academic leader and an Honorary Member and the Scientific Patron of the Young Academy of Sweden. The symposium coincided with the 50th anniversary of Torsten Wiesel’s and David Hubel’s studies, demonstrating the plasticity of circuits in the cerebral cortex, acknowledged by the Nobel Prize in Physiology or Medicine 1981.