This was an eventful year for the Young Academy o Sweden as according to the original plans, it became a fully independent organisation. 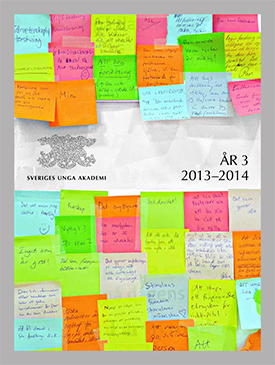 We have had the pleasure, for the second time, of admitting new members, who have enriched the academy with fresh perspectives. We now look forward with anticipation to welcoming more new members to the organisation next year (see page 29). The global Young Academy movement continues to grow. For example, this year we were present at the launch of a new sister organisation in Kenya. We now have another exciting academy year before us, starting with a new round of our summer school “Scientific Encounters” and a hearing on 5 September with Sweden’s general election this autumn in view.