The Young Academy of Sweden’s second year was a busy one. Four Academy meetings were held, including the first ever abroad. We discussed the character and impact of science at two public workshops, and seized the initiative regarding the issue of recruitment and career paths for prominent young scientists, by proposing a sustainable career system and initiating a dialogue with Swedish institutions of higher education. 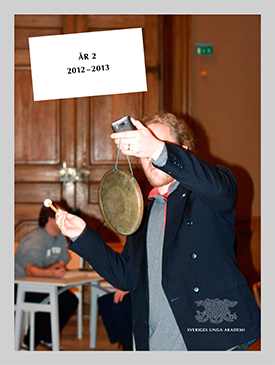 In collaboration with the Nobel Museum and the Swedish Society of Parliamentarians & Scientists (RIFO), we created platforms for exchange between the scientific community, the public and decision makers. In the past year, our international contacts have multiplied; we collaborate ever more with other young academies around the world. Our efforts to improve the Academy’s internal organization are showing results and we have been able to welcome the first batch of new members. The Young Academy of Sweden has rapidly developed into an attractive forum for some of Sweden’s most prominent young scientists and an appreciated collaboration partner for other organizations.