Eight prominent researchers to the Young Academy of Sweden

The Young Academy of Sweden is an independent forum for younger, leading researchers representing all research disciplines. The membership period is limited to five years, which makes up the rejuvenation elixir. On May 25, eight new members were welcomed, from Karolinska Institutet, the Royal Institute of Technology, Stockholm University, Umeå University and Uppsala University. 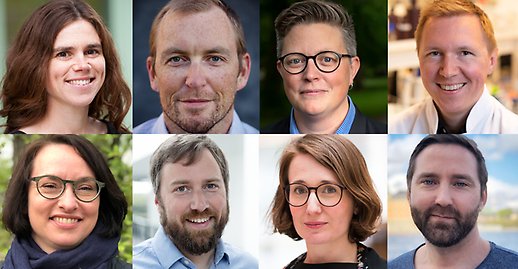 CHRISTIAN OHM, Researcher in Experimental Particle Physics at the Royal Institute of Technology

JOHAN ROCKBERG, Associate Professor and Senior Lecturer in Molecular Biotechnology and Directed Evolution at the Royal Institute of Technology

- The election of new members is among the most important and most enjoyable things we do. The members are the academy itself and we put a lot of effort and care into the process, Magnus Jonsson, Associate Professor of Organic Electronics at Linköping University, who is the Academy's appointed Chair for 2019–2020.

The Young Academy of Sweden has established itself as a strong voice in the higher education sector. The limited term of office means that the members feel it is important to take advantage of the platform, which further increases the commitment. Concrete proposals for clear career paths for researchers and a university tour with career seminars (eight so far) are examples of successful recipes, as is the continuous work for gender equality.

The members meet across discipline and university borders to learn from each other and create activities together. They engage a lot in outreach activities and want to broaden the idea of who can be a researcher. Through activities such as summer school and short film festivals for young people, openings are created to talk about knowledge. Also regarding research policy issues, the academy is driven and often early out with workshops and debate articles to improve the conditions for research, for example the upcoming research bill, gender equality in the sector, open science, and the current government appointed investigation about management/steering and resource allocation to universities (Strut-utredningen).