I study cognitive evolution by comparing the abilities of vastly different species. By studying animals who are alive today, and placed at different branches on the tree of life, we will understand how cognition has changed through geological time. It is particularly interesting that birds and mammals have strikingly similar cognition, despite rather different brains. They are similarly developed in their memory systems, impulse control, learning abilities, social cognition and much more. Even the most cognitively complex animals in each group mirror each other in their skills. This, despite that they shared a common ancestor as far back as 320 million years ago – an ancestor with a rather limited intellect. In other words, these similarities have arisen independently. I want to understand how and why this happened. Such knowledge reveals what principles nature uses to construct intelligence. The insights we get can lead to different applications, for e.g. AI, and it will also increase the understanding of ourselves. As part of our research we are also charting the cognition of the extinct dinosaurs, something that seems to catch the interest of many. The research is cross disciplinary and include cognitive zoologists, neuroscientists, roboticists, paleontologists and philosophers, to mention a few.

2017 Ravens Can Plan for the Future, The Atlantic

Despite their small brains, ravens and crows may be just as clever as chimps, research suggests, Science Daily

Click to enlarge. 1. The emu Herman takes interest in the camera while I prepare equipment in the background. 2. The raven None is in the process of solving a task with the help of a tool. 3. The nandu Hamilton rests after a learning test. Photo: Helen Osvath 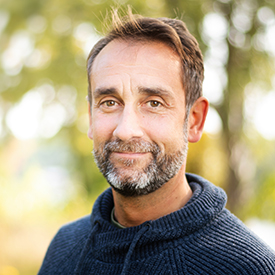 Interests: Science and education outside my own field. Animals (outside work). Good portions of physical exercise of various kinds, endowed with a fascination for physiology and evolutionary adaptations. Getting angry at nonsense.

“The Young academy of Sweden holds a strong voice for free research and the younger generation's right to carry it out. Free research is easy to take for granted, but at the same time it is difficult to understand what it really means, and therefore continuous vigilance, enlightenment and debate are required. The academy reflects science and knowledge from a wide range of academic disciplines, and apart from contributing with that special strength, it is also simply very fun to be in such an environment – unexpected and good ideas often grow there.”