Anna Sjöström Douagi was founder and CEO during the first five years when the Young Academy of Sweden was established as a platform for younger researchers to meet and act in society. Anna's commitment to promote science and research transferred to the young academy and is still an important part of the Academy’s activities. Under Sjöström Douagi's leadership, the constructive and dynamic spirit was established that permeates the Young Academy of Sweden to this day.

Anna Sjöström Douagi began her career aiming to become a musician, as transverse flutist. However, her passion for science grew and led her to study biochemistry at Stockholm University and the University of Copenhagen for her undergraduate studies. She then did her doctorate in immunology at Karolinska Institutet followed by a postdoctoral fellowship in the USA. Planning to continue her career in science after her first parental leave, in between she applied for a position as Research secretary at the Swedish Research Council (VR) with responsibility for international affairs and contact with the European Research Council, ERC, and EuroHORCs (European Heads of Research Councils). Here Anna discovered another drive of hers, to connect science and society, and she remained at the Swedish Research Council. There she met Gunnar Öquist, then Permanent Secretary of the Royal Swedish Academy of Sciences (RSAS), and they discussed how young researchers could be given better opportunities to contribute, meet among themselves across disciplinary boundaries, have transparent career paths and be have a voice to be able to share their perspective.

In 2010 Anna was commissioned to build a young academy. In May 2011, the first 22 members were elected and the Young Academy of Sweden was born. Anna linked Nobel Laureate Torsten Wiesel (Physiology or Medicine 1981) to the Young Academy of Sweden, whom she met working at VR. Wiesel, who had long been engaged in promoting young researchers in several contexts, was now appointed, together with Gunnar Öquist, Scientific patron and mentor for the young academy members.

In 2013, another mile stone was achieved when the Young Academy of Sweden was able to part from the mother academy RSAS and become an independent organization, also this process guided by Anna who was now appointed CEO of the young academy. In 2016, the Young Academy of Sweden launched two new awards, the L'Oréal Unesco For Women in Science Prize in Sweden and the Torsten Wiesel Midnight Sun Award – For Distinguished Achievement in Promoting Science, initiatives that made significant contributions to the academy's aim to open the door bring science and research to society and vice versa, to attract new audiences into the research world. The same year, Anna was recruited for the job of developing content around the Nobel Prize and today she holds the position as Vice President Science & Programs of the Nobel Prize Museum.

In 2017, Anna and Christian Broberger (chair 2012–2012) were awarded the Ordre des Palmes académiques award, a national order bestowed by the French Republic on distinguished academics and teachers and for valuable service to universities, education and science. Anna has also been a member of the jury for the Natur & Kultur Popular Science Prize since 2017, as well as member of the Falling Walls Foundation's international jury. She is also chairman of the board of Teach for Sweden. 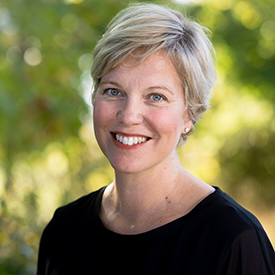