Torsten Wiesel, a Swedish neuroscientist and physician, is the Scientific Patron and Honorary Member of the Young Academy of Sweden. In 1981 Wiesel was awarded the Nobel Prize in Physiology or Medicine jointly with David H. Hubel (the other half awarded to Roger Sperry). They were awarded the prize for their studies of how visual information is transmitted to and processed in the brain’s visual cortex and how the underlying circuits are established during development.

It has been observed that Hubel and Wiesel’s work “… provided the greatest single influence on the ways neuroscientists thought about and prosecuted studies of the brain during much of the second half of the twentieth century.” (D. Purves in “Brains: How they seem to work”, FT Press, 2009). Hubel and Wiesel revolutionized our understanding of how the brain creates an internal representation of the world around us. This work has also had significant clinical implications, e.g. for the treatment of children with impaired vision.

Wiesel was born in 1924 in Uppsala, Sweden, the youngest of five children. His father, Fritz S. Wiesel, was chief psychiatrist and head of Beckomberga Hospital, a mental institution located on the outskirts of Stockholm. The family lived at the hospital and Wiesel’s mother Anna-Lisa (b. Bentzer) raised the children there. Wiesel graduated 1954 from Karolinska Institutet, Stockholm, Sweden. After graduation he taught at the department for physiology at the Karolinska hospital and worked in the child psychiatry unit. In 1955 Wiesel moved to USA and the Johns Hopkins University Medical School in Baltimore, Maryland. The following year he started his 24-year long career at Harvard Medical School, Boston, Massachusetts, where he was central to forming its now legendary Department of Neurobiology, first as a professor and from 1973 as head of the department.

Images (Click to enlarge): 1. David Hubel and Torsten Wiesel have just found out that they have been rewarded with the Nobel Prize in 1981. 2. Torsten and Mususa Wiesel at the symposium "Visions of the Brain - a Tribute to Torsten Wiesel", at the Nobel Forum/KI 2013. Photo. Anna Sjöström Douagi 3. Torsten arrives to the Nobel Forum/KI for the symposium "Visions of the Brain".

1983 Wiesel began his position as Vincent and Brooke Astor Professor and head of the Laboratory of Neurobiology at the Rockefeller University, New York. In 1991 Wiesel was appointed president of Rockefeller University, a position he held until 1998. During his term, Wiesel e.g. was instrumental in the establishment of six interdisciplinary research centers and the formation of the collaborative relationship between the Aaron Diamond AIDS Research Center and The Rockefeller University. Moreover. Professor Wiesel made it a priority to address a gender imbalance in the sciences and at Rockefeller. He appointed one of the first female ’full professors’ at the university, Mary E. Hatten. He is currently co-director of the Shelby White and Leon Levy Center for Mind, Brain and Behavior at Rockefeller and co-chairs the Board of Governors of the Okinawa Institute of Science and Technology.

Torsten Wiesel’s extraordinary scientific achievements are paralleled by a lifetime of outstanding scientific leadership as a committed advocate for science and its internationalization. He is advisor to several countries and organizations, mainly helping to create opportunities for young scientists to carry out independent research. He has also served as the secretary general for the Human Frontier Science Program where he reshaped scientific programs to be more effective instruments for interdisciplinary science.

Wiesel has done much work as a global human rights advocate. He is a founding member of the International Human Rights Network of Academies and Scholarly Societies as well as the Israeli-Palestinian Science Organization, a nonprofit alliance to support collaborative research between scientists in Israel and Palestine. Moreover, Wiesel served for 10 years as chair of the committee on human rights of the National Academy of Sciences of USA. In 2007, a research institute for the prevention and treatment of eye diseases was established by the World Eye Organization at West China Hospital in Chengdu, China, dedicated to Wiesel; the Torsten Wiesel Research Institute.

In 2012 Dr Wiesel and Gunnar Öquist, the originator of the Young Academy of Sweden, were welcomed as Honorary Members of the Academy. 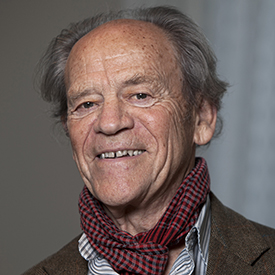