Professor in Astronomy at Chalmers University of Technology

I am an astronomer and conducts research in galaxy formation and evolution. To understand why our home galaxy, the Milky Way, and its neighbours appear as they do today, I investigate very distant galaxies in the early universe. Thanks to the finite speed of light, one looks back in time when looking at distant objects and thereby also peer into the early times of the Universe. I focus on how galaxies grow during the first two-three billion years after the Big Bang, which is the beginning of the Universe 13.8 billion years ago. Using the new, very large telescopes, e.g. the revolutionary millimetre-wavelength telescope ALMA in Chile, I work towards understanding how star formation affects and is affected by galaxy evolution.

External link, opens in new window.
Chalmers, YouTube: She looks back in time to stars be born 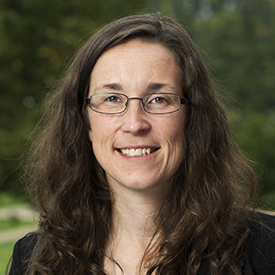