I’m certain that many of us have been standing on a beach, looking out over the ocean and been impressed and intrigued by its vastness and the unknown it represents. Perhaps you also have been thinking about what kind of organisms are living out there? How do the oceans actually work, why do we have waves, currents, and tides? Have the oceans always been the same? Does it have any consequences for the oceans what we do on land and what pollutants we release to the atmosphere?
In my research I focus on these questions. I’m particularly interested in studying how the oceans and coastal areas have developed over time and how we can reconstruct climate by using marine sediment cores as environmental archives. The time scales for the projects I lead are both long, since the last warm period (interglacial) 130 00 years ago, and short, such as recent changes often linked to human impact. One example is a new project where we focus on coastal ocean acidification. The study areas are often subjected to low oxygen conditions, both human induced and naturally occurring, and we focus on the Skagerrak-Baltic Sea region, NE Atlantic but also on upwelling areas off NW and SW Africa. 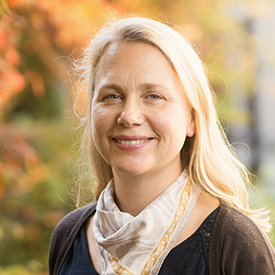 Born: 1973
Family: It is me, and three boys. The two small ones have already learned to roll a suitcase. My husband is a motocross driver and a chastened ”seaman’s wife”.
Interests: I like skiing, gardening, summer cabin life, reading books and to drink coffee around the world.
Other: I have never seen a polar bear in the wild, but indeed carried around a gun in Svalbard, just in case…